Irene has come and gone, and in her wake she did not leave much damage to our boats or those of our friends.  My boat in Fishing Creek recorded the highest gust at 62kts, at about 2am. 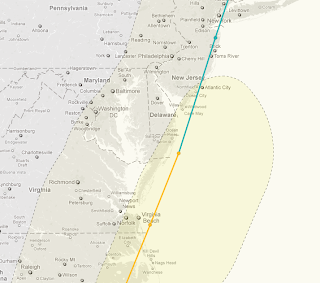 Of course many trees did not fare so well and power has been out for a few days.  We know of a couple homes that were damaged by falling trees. 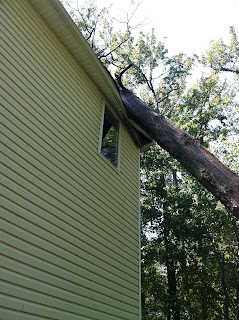 Near our boat, in Fishing Creek, two boats did sustain damage.  A Hunter 36 broke off its mooring.  The line they had on the mooring chaffed through and the boat broke free.  Fortunately the boat had an anchor out as a backup and that kept it from getting blown south, out of the creek and into the Bay.

The other boat was in a slip across the creek.  The owner decided not to take down the roller furling Genoa.  It came unfurled during the storm and was shredded in the wind.  It also pulled the boat against the pilings and bulkhead and did some damage to the hull.

My neighbor Steve decided to go for a sail in the afternoon as the winds rose.  Then we decided to take the Avon out to the Bay and see how choppy it was.  I have to say that it was a blast. Here is the video:


I sure hope Katia does not get a taste for some Maryland Crabs...
Posted by Eric Epstein at 10:25 PM No comments: